When it comes to Canadian whiskey, Crown Royal literally takes the crown. It’s been the best-selling Canadian whiskey for some time in the world market and doesn’t seem to be slowing down anytime soon. You can find it anywhere from fine restaurants, on airplanes and the shelves of any liquor store you stroll into.

Crown Royal can trace its lineage back to 1939 when Seagram’s introduced a new product to honor a visit from Britain’s monarchs, King George VI and Queen Elizabeth. The story goes that Seagram’s had tried hundreds of variations – around 600 to be exact – before settling on a concoction that was deemed worthy. Once the right blend was found, Seagram’s bottled it in a quilted crown-shaped bottle and packaged it in a purple pouch. The pouch was purple because it is a color long associated with royalty.

With its production facilities in Gimli, Manitoba, Crown Royal is now owned by spirits giant Diageo. Every bottle of Crown contains some combination of five different whiskeys, aged in a variety of new and used casks. Like keys on a piano, these whiskeys give blenders a different note that either plays harmony with each other or emphasize a taste.

Round and soft, this is an unchallenging, easy-drinking whiskey that may leave “serious” drinkers bored, but sure makes a great highball. It’s also enjoyable in a crystal tumbler neat or on the rocks.

Faint notes of vanilla and fresh, out-of-the-oven lemon bread. There isn’t really a scent of alcohol here like other blended whiskeys.

A sip of Crown will introduce gentle vanilla and honey notes. “Delicate” in a word is a great way to describe how these flavors intermix with each other. Tasters will also note a faint oak in the background, which is thanks to the aging process in the casks.

The finish on Crown is light, balanced, and almost too easy to drink prompting some more sips. There isn’t the typical burn of a heavier bourbon. 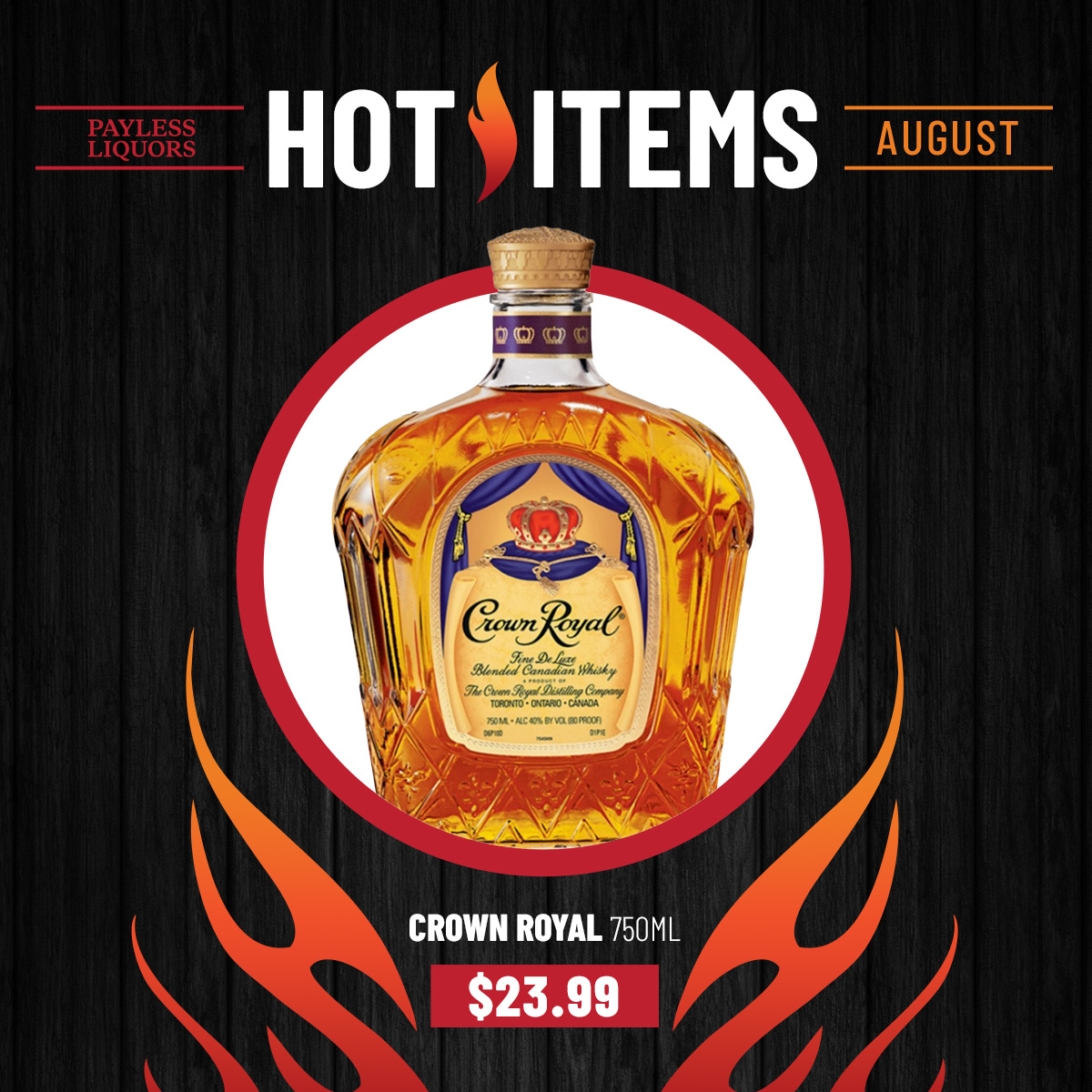 This August, we will be featuring Crown Royal as our hot item of the month. Stop by and pick up a bottle for yourself for $23.99 for a 754ml bottle.