Experience a night like no other at Indy’s Premier Bourbon Celebration at the Eugene and Marilyn Glick Indiana History Center on March 6th. Come out and spend a fabulous evening tasting bourbon from more than 40 distilleries. The event will begin at 5:30 with a VIP experience for special guests one hour before general admission. General admission tickets are $150 (or $125 for historical society members), but, for an additional $40, you can be a part of the VIP hour.

This is the first time we are offering this exclusive event, which includes special foods, a master distiller guided tasting, and a commemorative bourbon glass. The general admission event from 6:30-10:00 will not disappoint, however. This distinguished tasting experience will feature perfectly paired foods to complement the featured bourbons of the evening. Some of the participating distillers include Whistle Pig, Redneck Riviera, Ole Smoky, Maker’s Mark, Jim Beam, Jefferson’s, Horse Soldier, New Riff, Buffalo Trace, and Brown-Forman. You won’t want to miss out on a night of exploring the exhibits at the History Center in the company of other bourbon lovers. A memorable highlight of the event will be live and silent auctions featuring spectacular bourbon packages. 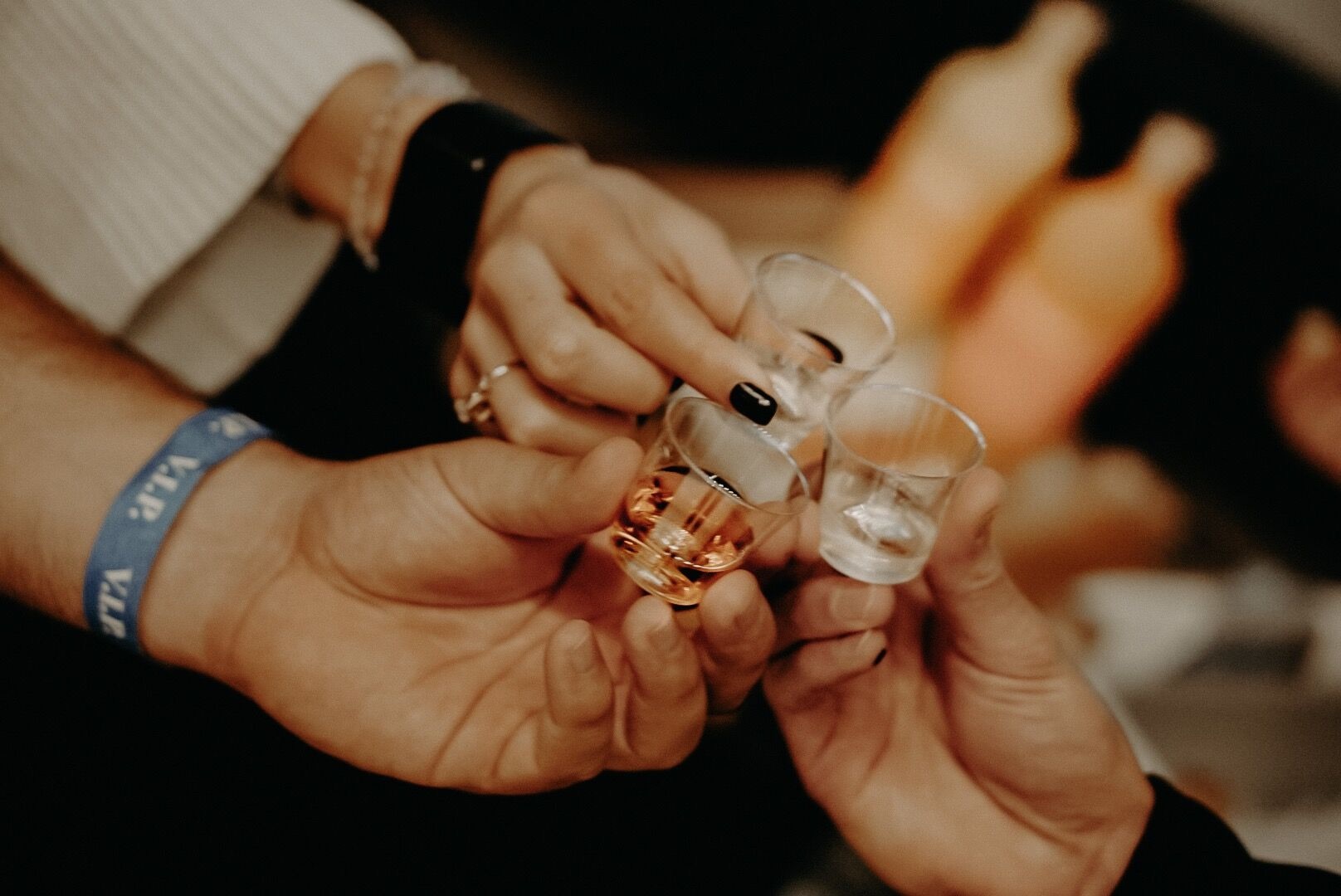 The Eugene and Marilyn Glick Indiana History Center is home to the Indiana Historical Society (IHS). This organization has been called “Indiana’s Storyteller” since 1830. This private, non-profit group collects, preserves, and shares the history of the state and makes it available to the public so that they can learn about and connect to the past. The Historical Society maintains the country’s top archives and is a research library for the history of Indiana and the Old Northwest and supports local historical groups and museums.

As a Smithsonian Affiliate and member of the International Coalition of Sites of Conscience, the Indiana Historical Society is proud to provide youth, adult, and family programming, known as the Indiana Experience. The organization produces and hosts art exhibits, museum theatre, and outside performance groups. The many services they provide to the community include the publication of books and periodicals, as well as sponsorship of educator workshops. The venue itself is an event in its own right and a perfect environment for learning about the fine art of distilling bourbon. 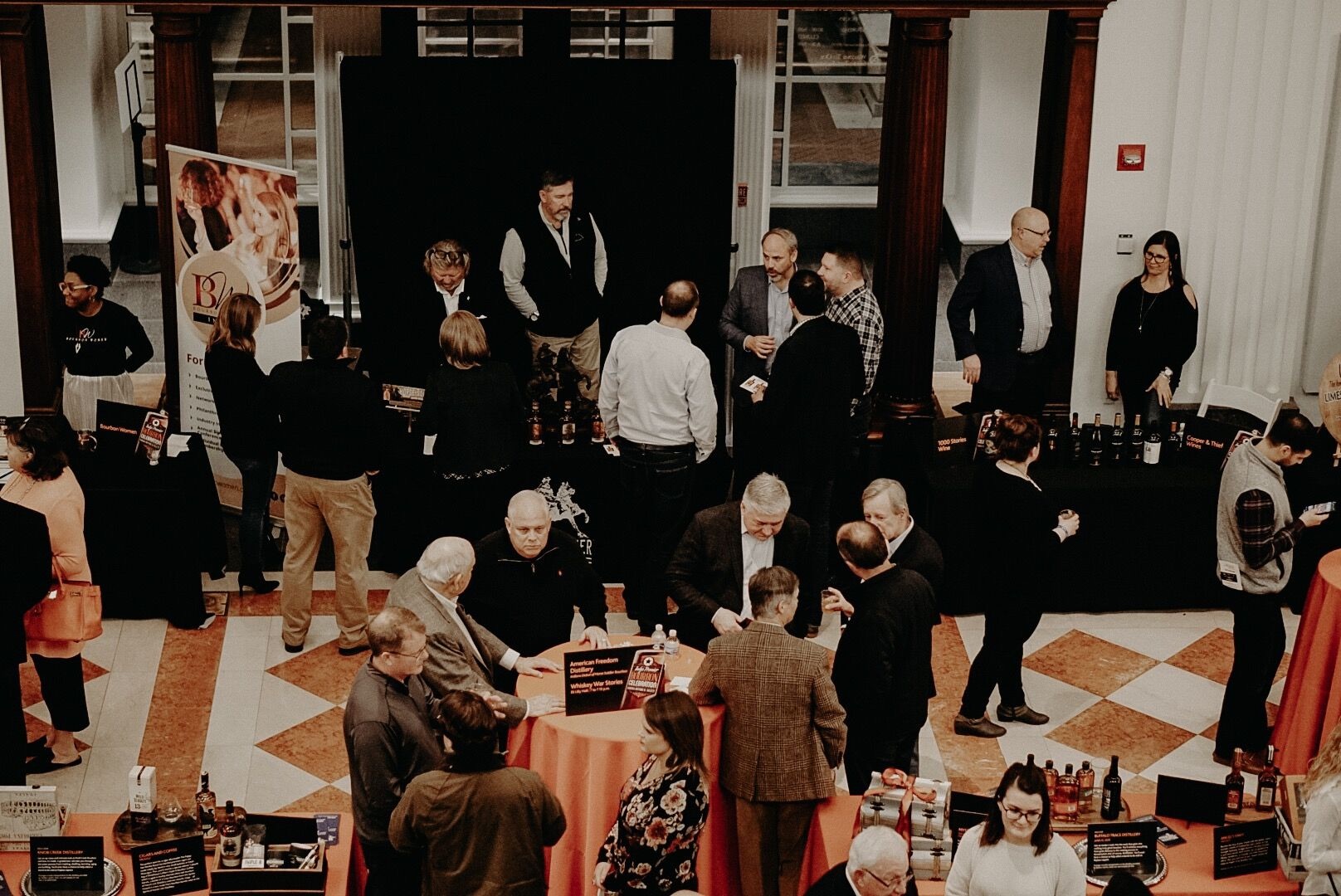 There is a growing list of participating distilleries for this year’s Bourbon Celebration – and with those distilleries comes their expert representatives! We’reexcited to welcome Charlie Nelson, Co-Founder/President, and Cliff Kimmerling, Brand Ambassador, for Nelson’s Green Brier Distillery and Belle Meade Bourbon. Will Summers, former Horse Soldier, will also be attending this event with Horse Soldier Bourbon! 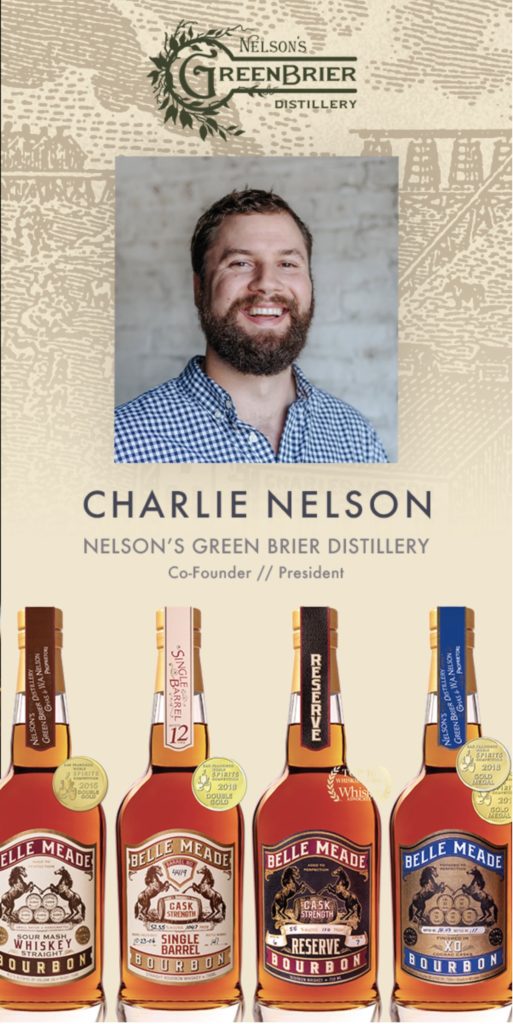 Charlie Nelson is the namesake of his triple-great grandfather, Charles Nelson, a German immigrant whose drive and ingenuity built the most productive distillery in Tennessee — until prohibition shut it down. Now, with his brother Andy, Charlie is bringing back the legendary Tennesee Whiskey and Bourbon that were once known and loved the world over. Their Nelson’s Green Brier Distillery in Nashville is where the magic happens, starting in a custom copper pot-still, and ending in row upon row of charred oak barrels.

While the spirits are aging to perfection, the lively and charismatic Charlie is out sharing the story and the distinctive flavor of his generation’s Green Brier Tennesee Whiskey and Belle Meade Bourbon.

Over the course of nearly fifteen years spent working as a touring and studio musician, Cliff had the amazing opportunity to travel all across the United States and beyond.  Through his travels he developed a passion for the culture, history, fine foods, and spirits of the towns and countries he encountered along the way.  Shortly after moving to Nashville, Tennessee, he followed those passions to Nelson’s Green Brier Distillery where between his travels he began working as a tour guide and learned about the rich history of the Nelson family as well as the extraordinary whiskies they produced.

After two years with the distillery he accepted the position of Brand Ambassador Manager, in which he serves as a liaison, educator, and resource to many patrons and clients in the greater-Nashville area and can be seen all across the country at festivals and trade shows spreading the “whiskey gospel” of Nelson’s Green Brier Distillery.

SFC. (R) Will Summers was assigned to the 5th Special Forces Group and a member of ODA 595, (the Horse Soldiers). Will was an infantryman, a Special Forces communications Sergeant, and an Infantry Officer during his 25 years of Army service.

Will and his wife, of 23 years, Dawn currently live in the Panhandle of Florida with ten of their children still at home and their eldest son serving on active duty with 75th Ranger Regiment.

Horse Soldier® Bourbon is award winning and authentically made with all-American ingredients. The Horse Soldier® glass bottle is molded by steel recovered from the World Trade Center to commemorate the lives lost and never forgotten.

Come meet the bourbon experts, including Charlie and Cliff, and former Horse Soldier, Will Summers on March 6th!

Get Your Tickets Now

If sampling the finest bourbons on the market and spending an evening enjoying delicacies with a wonderful group of people sounds like an activity you would enjoy, don’t put off getting your tickets. This event encourages responsible consumption of alcohol and is not only supported by

Lyft, but also offers designated driver tickets at a cost of only $50. Be sure to buy your tickets today for this unforgettable evening. It is a great opportunity to include friends and family in a night out together celebrating our rich heritage, learning about the process of making bourbon, and perhaps finding a few new favorites that you have never tried before.

If you haven’t reserved your tickets yet, visit the IHS website to save your spot. Be sure to get one as a gift for that hard-to-buy-for bourbon lover in your life as well. This will be a night that you won’t soon forget. If you are unable to attend but still want to sample some distinct bourbon flavors on your own, you can find favorites like Angel’s Envy, Knob Creek, and Buffalo Trace any day of the week at Payless Liquors.

Today is none other than Eggs Benedict Day, and we

Dos Equis is a golden pilsner-style made from pure