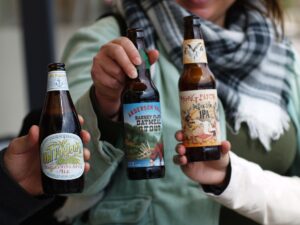 If you’re a beer enthusiast of any persuasion, you’ve undoubtedly heard of IPA by now. This hoppy, floral, slightly bitter brew has found its way onto the shelves of nearly every beer cooler in America—and is the star of many a craft brewery lineup. The IPA is often an object of scorn by beer traditionalists. They claim to dislike its relatively high alcohol content, bitterness, and often-extreme level of hops. However, the beer market tells a different story—IPAs make up a full 13 of the top 25 beers on Beer Advocate’s Top 250 Beers list.

What’s in an IPA? 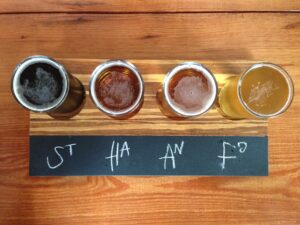 IPA is an acronym for India Pale Ale and is, of course, a version of the classic pale ale styles that emerged in England in the early 1700s. These old pale ales utilized malts roasted with coke (a coal-based fuel that produces practically no smoke), resulting in ales that were much lighter than the traditional dark, smoky ales of the region. Since the malts were lighter in flavor rather than color, the hops were able to become the star.

The IPA became popular over a hundred years later. British expatriates living in the east Indian colonies requested barrels of their favorite “bitters,” or pale ales, to get a taste of home. According to legend, brewers feared their beers wouldn’t make the journey without becoming too sour and flat. So, they drastically increased the alcohol and hops content in the hopes that the beer would be drinkable when it arrived. However, it’s now believed that this explanation is just a story, because other beers made the journey without this addition. Whatever the origin, an IPA is simply a lightly malted pale ale produced with more hops and, in most cases, more alcohol.

What’s With All the Lingo?

As the style became more popular in the US in the 1970s and ’80s, American breweries utilized American hops like Cascade or Simcoe in both their pale ales and their IPAs. The pale ales were already higher in alcohol and more hop-forward than the British pale ales that came before them. Common sense dictated that the IPAs should be even more so. By the time the style took off in the late ’80s and ’90s, there were so many different types of IPAs. Consequently, brewers had developed terminology to describe their unique brews:

With the ever-increasing number of releases from craft and big-name breweries around the world, you’re more likely than ever to find the perfect balance of hops and malt. No matter which type of IPA appeals to you, August is an ideal time to start looking. The first Thursday of the month is National IPA Day. So, stop into a Payless Liquors location near you and find your new favorite IPA to celebrate.

Now you can seltzer with a mission! One pack of #C