I have written reviews for Payless on the Jefferson’s Oceans brand before where I have gone into details of the history around the brand, so it may seem repetitive to do so again. But for those who may not have read or may not know about the brand, I feel it is too important not to talk about where the Jefferson’s brand started from, and what makes it so unique. 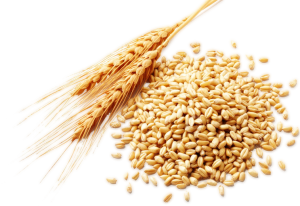 It is well known that our founding fathers first crossed the ocean’s more than two-hundred years ago to start a new world based on the vision of freedom, and a free expression of ideas. Thomas Jefferson was one of those founding fathers and was also one of its first distillers. Like many farmers of the time, he used the excess grains from harvesting his farms and turned them into distilled spirits. The history of distilling and consumption of these spirits is well documented throughout American history. Thomas Jefferson was well known for his curiosity and his experimental spirit, and a known in his day as an innovator. It’s in that spirit of innovation that Trey Zoeller, CEO of Jefferson’s Bourbon, chose Thomas Jefferson to be the “face” of his brand, and the inspiration behind the Jefferson’s brand.

Jefferson’s Oceans is a great example of this innovative spirit. The Oceans line was born in 2012 when Trey partnered with Chris Fischer, the founder of OCEARCH, an organization that studies many types of marine life, but most specifically Great White sharks. Trey had previously been inspired after watching the spirits in his glass constantly rock back and forth while drinking aboard a boat, and began thinking about the effects that this constant motion, along with the unique environmental elements that only the ocean can produce would provide. This is where the voyages that OCEARCH regularly makes all over the world come into play and has made them a perfect partner for this collaboration.

After more than a dozen voyages logged (This is voyage 15!), bourbon lovers still actively seek each new release, because no two voyages have ever produced the same results. Now, the innovator that is Trey Zoeller has his Jefferson’s line setting sail on a entirely new exploration in search of the next great thing in bourbon, and I think he found it!

Jefferson’s Oceans Wheated.  By replacing rye (previously used in the bourbons of previous Ocean’s voyages) with wheat, this bourbon provides a softer and more subtle flavor profile, allowing the vanillas from the wood and the sweetness from the corn to raise prominently to the surface, bringing with it a lifeline of salty accents that only the oceans air can provide. 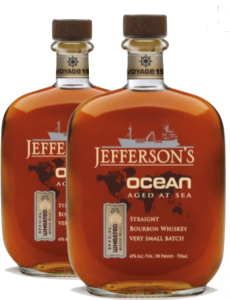 Nose:  Soft vanilla with a subtle sweetness drifts from the dram, bringing with it a slight brine note that adds intrigue and calms the sweet waves from becoming dominant. Brioche bread is there, with some soft wood entering late.  You can smell the proof, but it does not burn, and it lets you know you are not getting a watered down spirit.

Taste:  Vanilla and sweet corn dominate early. There are hints of soft young wood and light hints of a caramel note, but more as a complimentary note like that exists within a caramel-vanilla latte. It is very smooth, but there is a mid-pallet warmth that you would normally expect from a higher proof bourbon (This is a 90 proof bourbon), and because of the lighter wheat flavor its allowed to come to the surface to satisfy those that like a bit of a kick, without turning away those that appreciate the delicate profile that a wheated bourbon brings. That brioche bread note re-enters and floats mid pallet and baths in the vanilla-corn sweetness that started things off, and it provides a life preserver that is needed to keep the sweetness tethered in place, and the remaining wood notes are a life raft to its well-rounded flavor profile.

Finish:  A smooth medium-to-long finish lingers on the pallet, like that of a oceans mist after a large wave crashes onto the shore.  Like the flavor you get from a stick of sugar cane, there’s a sweetness that holds just a bit of wood, just a bit, but also just enough to maintain its balance. Soft vanilla and sweet corn grain notes melt off the tongue with just a hint of the oceans salty brine, leaving a lasting splash of warmth like that of a setting sun give as it sets over the sea.

Summary:  This exclusive Payless Single Barrel of Oceans Wheated Bourbon is a winner!  It is an incredibly smooth bourbon that is both soft and sweet without being weak. It is elegant yet hearty, refined yet complex. To me, it drinks slightly above its 90 proof (a good thing), yet it’s not hot or overpowering. It’s flavorful and full-bodied without being full of spice and wood that can dominate what some associate with many full-bodied bourbons. This is a  bourbon that should appeal to both beginning bourbon drinkers and bourbon enthusiasts alike. It’s that enjoyable, and Yes, it’s that good!

Interested in reserving a bottle? Fill out our pick-up form today!