Craft whiskeys, bourbons, and ryes are seeing an increased rise in popularity in the U.S. From drinking-age millennials to retired Baby Boomers, the craft drink movement is growing by double digits. Born out of the south – in particular, Kentucky and Tennessee – these style drinks still have the aura of an American outlaw and bootlegger which is perfectly embodied by the craft whiskeys of the Jesse James America’s Outlaw line of whiskeys.

Born in the Hills of Tennessee

Born from the creative brains of Jesse James Dupree, best known for being the frontman of Jackyl and creating the Full Throttle Saloon tv series, the bourbon is made to honor the notorious and legendary American outlaw, Jesse James.

The bourbon itself is aged for 3 years in American oak prior to bottling and is said to be made in accordance with what they claim are standards of the 18th century southern states. The Full Throttle Distillery in Trimble, Tennessee, revitalized the sleepy town of fewer than 700 people and has generated jobs and tourism that was key in pulling the town out of financial hardship and back on the map.

The label itself is commissioned by Jesse James Dupree, who claims that having been 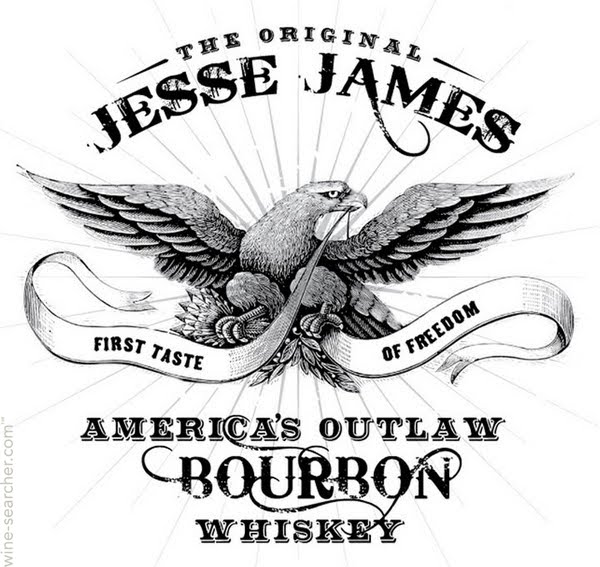 “Bourbon is a very personal thing,” said Dupree. “Brown liquor isn’t just a brand or a process—it really becomes very special to every person in a different way. I love that our bourbon is so revered by so many people since we make our spirits for everyone who busts their knuckles all week working hard for every dollar. Everything we do is in honor of them and is our way of providing bourbon and Tennessee whiskey that is not commercial but is authentic through and through.”

Made in the spirit of America’s true outlaw, this 80-proof bourbon is old-time charcoal mellowed. Aged in oak casks for a minimum of 36 months to develop an incredibly smooth and full-bodied character for the outlaw in you.

Stop by one of our stores and pick up a 1.75L bottle of Jesse James America’s Outlaw Bourbon for $26.99. We have his whole selection available at all our stores.