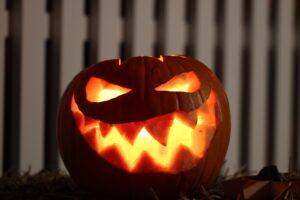 Fall is just around the corner, and everyone is bracing for another wave of pumpkin-flavored … everything. While pumpkin flavors help create enjoyable fall-themed variations of many popular foods and beverages, pumpkin-infused beers gained a bad reputation. Every autumn, breweries across the nation attempt to cash in on the pumpkin craze that takes hold. The reason behind pumpkin beer’s bad reputation may be due to too many breweries jumping on the pumpkin-flavored bandwagon. Additionally, they are not devoting the proper time and care to develop robust, flavorful, and enjoyable pumpkin beers.

That trend has shifted now, and many different pumpkin beers are both enjoyable and perfect for fall weather. Respected online beer review hubs like Beer Advocate have even developed their rating categories for pumpkin beers thanks to the innovation of the breweries behind these brews. As you prepare for fall, the following top-shelf pumpkin beers could change your mind.

This product of Ft. Collins, CO, has earned a world-class rating of 95 on Beer Advocate. It is the perfect addition to your October costume parties. Beer lovers have rated Good Gourd Imperial Pumpkin Ale as a well-spiced and full-bodied pumpkin beer with notes of Jamaican allspice, Ceylon cinnamon, nutmeg, and Zanzibar cloves. It’s a well-balanced beer that clocks in at 8.5% ABV. If you like a full complement of robust fall spices to accompany the flavor, this is the pumpkin beer for you.

Pumpkin-spiced lattes have inspired a wave of food and beverage products aiming to capture the unmistakable blend of pumpkin and coffee. In the race for the best pumpkin coffee-infused beer, Punkaccino is a strong contender. It’s earned an outstanding rating of 92 on Beer Advocate, with drinkers reporting a pumpkin pie and spice aroma and subtle coffee undertones in a creamy, smooth body. Punkaccino has an ABV of about 6%, and it’s perfect for pumpkin and coffee lovers alike this fall.

Pumpkinator from the Saint Arnold Brewing Company in Texas is a must-try. If you are interested in trying yet another world-class pumpkin beer, this one’s for you. With a rating of 95 on Beer Advocate, Pumpkinator is 10% ABV, making it one of the strongest pumpkin beers on the market with a complex and enjoyable flavor profile. Some reviewers think it is pumpkin pie in liquid form. Others report aromas and flavors reminiscent of roasted pumpkin and autumn spices. One thing they can all agree on is that Pumpkinator is one of, if not the best pumpkin beers made in the US.

Happy 4th of July! We hope you're having a fun and