Eastside Distilling has teamed up with country music singer and songwriter John Rich to create a unique “American blended” whiskey that is unlike anything else available. The partnership ultimately resulted in Redneck Riviera Whiskey, a spirit that is part of Rich’s Redneck Riviera brand and is now available at Payless Liquors.

What Is Redneck Riviera Whiskey? 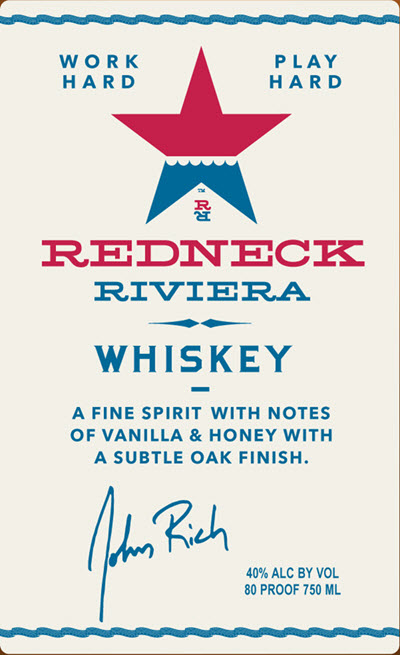 Redneck Riviera Whiskey is an American whiskey that is a blend of two premium whiskeys, both aged for at least two years in oak barrels. One of the whiskeys contains sweet grain and malted barley, while the other features Midwest corn that provides a smooth flavor that evokes caramel corn from a county fair. The overall whiskey blend contains at least 20% whiskey, which means the spirit has gone through the minimum aging requirement and is composed of around 51% grain.

Co-creator John Rich first came up with the concept for Redneck Riviera Whiskey in the middle of a tour while consuming Crown Royal, a Canadian blended whiskey. Rich asked himself if there was such a thing as an American blended whiskey. When he noticed the lack of this specific, all-American spirit, the country star teamed up with Eastside Master Distiller Mel Heim, throughout 2017, to create a smooth easily approachable whiskey. Rich dedicates the Red Riviera Whiskey to the hard-working American, which is consistent with the brand’s motto of “Work Hard, Play Hard.”

The aroma of Redneck Riviera Whiskey foreshadows the sweetness of the spirit, a combination of butterscotch, light vanilla, and caramel, all complemented with a touch of honey. Every sip of this whiskey introduces a rich, complex combination of honey, dark stone fruit, oak, and vanilla to the consumer’s palate, a blend that the earthy grains later round out. The whiskey tasting experience finishes with smoother, more subtle tastes of vanilla, honey, and oak.

Redneck Riviera Whiskey is the perfect companion to any cocktail of your choice. It is equally delicious with a splash of your favorite mixer or as the base for an Old-Fashioned cocktail recipe. The versatility of the smooth spirit makes it a great choice no matter how you like your whiskey, whether you prefer yours on the rocks, or neat in the glass. Its versatility and smooth flavor make this whiskey stand out and embody hard-working American values.

Eastside Distilling is the nation’s first publicly-traded distillery, located in Portland, Oregon’s distillery row. Since its founding in 2008, Eastside has been producing award-winning craft spirits using natural ingredients to guarantee both taste and quality. Some of Eastside’s notable products include Redneck Riviera Whiskey, Hue-Hue Coffee Rum, and Portland Potato Vodka.

Experience the Redneck Riviera Whiskey now at Payless Liquors, with a measure of 40% ABV or 80 proof, per 750 mL bottle, costing $29.99 each. 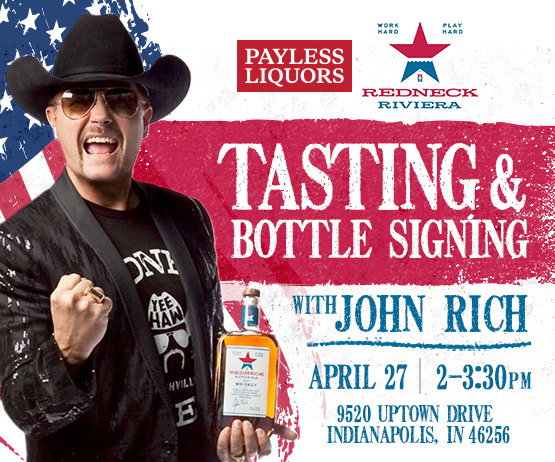 In addition, look out for the upcoming Redneck Riviera Tasting event featuring John Rich himself. John will be at Payless Liquors, at Uptown Drive on April 27th from 2:00 – 3:30pm. Get your engines revving Indy!

One thought on “Redneck Riviera Whiskey”