With the month of August in full swing, it’s time to take a step back, regroup and conquer the final dog days of summer. For those who don’t know the meaning of the dog days of summer and just think it’s a Florence and the Machine song, the dog days of summer are considered the hottest part of the summer season – basically when the heat comes on full steam and you can’t go outside for more than a minute without breaking a sweat.

So, there’s only one thing left to do. Make rum drinks and pretend you’re on an island with a cool breeze. Now, rum has been steeped in romanticism thanks, in part, to its association with pirates in the Caribbean (Not Pirates of the Caribbean though Captain Jack Sparrow questioning where’s the rum has helped too).

For the time being, no one is currently sure when rum was invented. Scholars believe that it was more than likely created by the Malay people thousands of years ago as an early drink called brum. The first known distillation of rum took place during the 17th century on various sugarcane plantations located in the Caribbean. According to many oral traditions of the Caribbean, it is stated that the first rums were created in Barbados – though new evidence has emerged that suggests Brazil and Sweden both had their own versions of rum.

Enough of the history lesson. Let’s get to some drinks that you can make with rum. 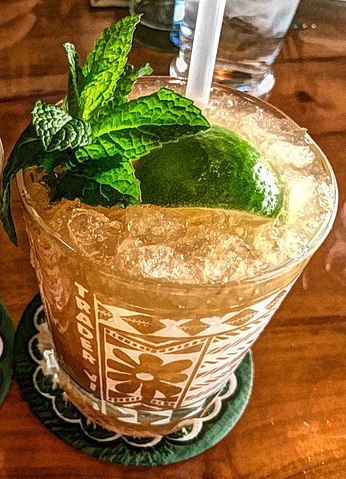 Perhaps one of the more known of the Tiki cocktails, the Mai Tai was created as a way to showcase the flavors of a good-quality rum. Your creation shouldn’t be neon-colored or overly sweet. If made properly, it should have a deep amber hue and allow for the rum to shine through the complimenting ingredients.

To make this drink, you need to add the ingredients below to a shaker filled with crushed ice.  Shake vigorously until the shaker is well-chilled and frosty on the outside. Pour (unstrained) into a double Old-Fashioned glass. 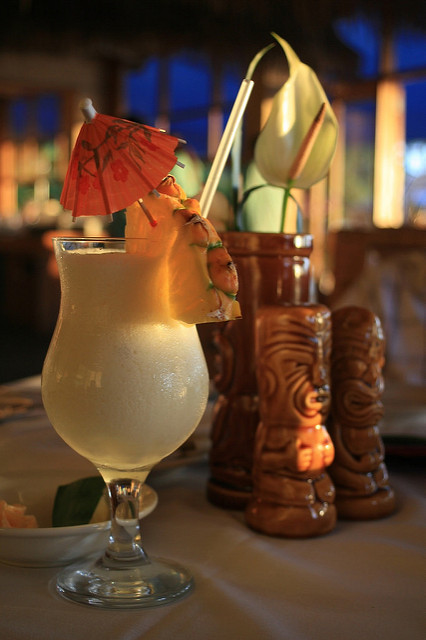 This sweet cocktail made with rum, coconut cream or milk, and pineapple juice, is usually served either blended or shaken with ice. Two bartenders from Puerto Rico lay claims to creating the drink but either way, Puerto Rico’s national drink tastes wonderful.

To make this drink, Pour coconut cream, pineapple juice, and white rum into a blender or shaker with crushed ice, and blend or shake very well until smooth. Pour into chilled glass, garnish with pineapple wedge and/or a maraschino cherry.

Garnish – Maraschino cherries and a slice of pineapple 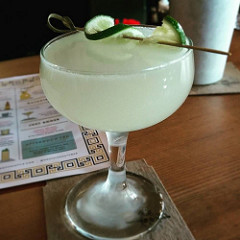 The granddaddy of all rum drinks, the Daiquiri has gone from the pride of Havana to an unloved extra on the back of some Senor Frog’s table menu. The reason being – people associate it with adult slushies, spring breakers, and god-awful hangovers. Which is a shame, because a daiquiri is a simple, delicate blend of rum’s sweetness with a raw taste of sugar and lime juice. It’s a balancing act of flavors that most get wrong – queue the adult slushy.

To make this perfectly, add all the ingredients to a shaker with ice and shake until well chilled. Strain into a coupe and garnish with a lime twist.

Be sure to stop by any of our locations to stock up on your favorite rums. Remember, drink responsibly. Always have a driver available if you’re going anywhere, and be safe.

Light a fire, turn on the game, and enjoy the nigh

A nice glass of white wine is the perfect pairing