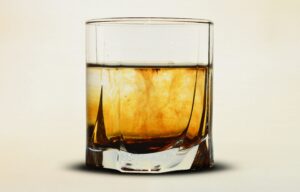 Bourbon. It’s potentially the one alcohol America can truly claim as its very own. At the very least, it is considered by many to be the quintessential American whiskey. It’s true that this sippable, caramelly, oaky, spirit is unique from other whiskeys. However, many Americans don’t know what makes a bourbon a true bourbon.

We’re here to clear that up, once and for all.

Bourbon Is Not Synonymous With Whiskey

You may have heard the saying before – all bourbons are whiskeys, but not all whiskeys are bourbons. So, what does the phrase actually mean? Whiskey is a spirit that is distilled in many regions of the world. The most notable are from Scotland, Ireland, Canada, and the United States. They are from the fermented mash of different types of grains.

Styles of whiskey vary throughout the world, especially in which types of grains are used in the process. For example, Scotch whisky is mostly crafted from fermented barley, while Canadian whiskey is often made from a blend of grains. As a whiskey, American bourbon is also made from fermented grains, but the recipe – and process – is unique to its production and required by law.

The legal requirements bourbon producers must adhere to in order to label their product as so include:

Aside from the name on the label of your favorite bourbon, you might notice a few other terms, including:

For more information about bourbon or any other spirit, ask the knowledgeable staff about the wide selection of bourbons at your nearest Payless Liquor location. Take a moment to pick out key phrases from the label to know what toexpect. Together, you can take a moment to find your newest find.

Today is National Amaretto Day, and we found a per