American Freedom Distillery’s quartet of bourbons speak to the American bourbon drinker’s palate like no other spirit on the market today. American Freedom’s signature bourbon, Horse Soldier Straight Bourbon Whiskey, is perhaps the best offering of the four, and is currently a feature spirit at Payless Liquors.

In the dark days after September 11, 2001, the US Military made the bold decision to send mounted teams of US Army Green Berets into the heart of Afghanistan. These “Horse Soldiers,” as they came to be known, were the tip of the spear and the carriers of the torch in what became the United States military campaign in Afghanistan. Today, these same soldiers that bravely ventured into Afghanistan distill one of America’s finest bourbons.

In order to be considered bourbon, a whiskey must be produced in the United States and its composition must be at least 51% corn. Horse Soldier Straight Bourbon whiskey is produced in the American South, of 65% corn, 30% rye, and 5% barley, featuring American soft red winter wheat. American Freedom ages its bourbons for at least two years in charred, new oak barrels. The resulting bourbon is an 87 proof, non-blended – or “straight” – American bourbon whiskey.

The essence of Horse Soldier Straight Bourbon Whiskey gives the drinker a preview of the sweet and savory notes to come – the nose includes caramel, cinnamon and dark fruit notes with toasted corn and oak to follow. At first sip, the warm vanilla and mild hints of black pepper give way to the light nutmeg and honey that linger on the palate. Warm oak notes round out the tasting experience.

Although Horse Soldier was born to be sipped neat or over ice, this bourbon gives a warm, spicy character to any favorite whiskey drink. The Manhattan – a classic whiskey cocktail that features the sweet notes of the spirit – is elevated with the addition of Horse Soldier Straight Bourbon Whiskey. Sazeracs and Old Fashioneds are similarly boosted by the inclusion of this elegant bourbon. 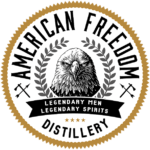 American Freedom Distillery began in 2015 when a group of friends that had served together on various tours of duty with the United States military, fulfilled a lifelong dream of serving America’s people and distilling some of America’s best spirits. Located in St. Petersburg, Florida, American Freedom boasts another flagship spirit honoring America’s finest; Rekker – Norse for “warrior” – Rum, dedicated to warriors everywhere.

Monday blues got you down? Channel that energy int

Got a case of Monday blues? We hear you. Why not m